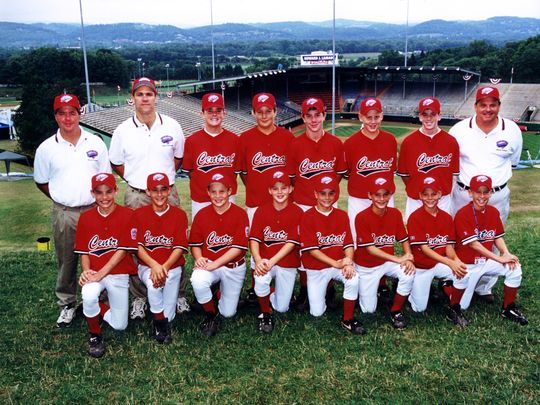 Before 1999, few outside our neighboring towns would know much about Brownsburg, Indiana. It was a small town with a small town feel, close enough to Indianapolis, but far enough away to not feel trapped in a city. Outsiders would often ask, “Brownsburg…where’s that?” when you told them where you were from. But in the summer of 1999, a Little League Baseball All-Star Team, which included myself, changed that.

It’s ironic (or rather disgusting) that the Brownsburg Town Council has ignored the very place and people that gave them a good chunk of the means for a nearly 100-million-dollar project to begin with.

I am not insinuating that there haven’t been other factors at play over the years that have contributed to Brownsburg’s growth. A key fact remains, however, that the initial surge over the last 18 years was largely due to our team playing on national television, filling the Indianapolis Star with our successes, and was once again revisited two years later when a second team from Brownsburg went to the Little League World Series – all advertisement for the town.

Brownsburg soon became a hot spot for young families who wanted their children to grow up in an area with so much success surrounding our Little League and baseball programs in general. According to the U.S. Census Bureau, Brownsburg’s population increased from 12,513 in July of 1999 to 15,086 by July of 2000, an increase of 17% – the largest by far in a single year from 1990-2016.

Hearing that a crucial part of my childhood was going to be torn down – a place where a group of 13 kids worked their hearts out practicing day after day drenched in sweat beneath the summer heat for a vision and goal that seemed so out of our league – caused quite a bit of anger, stirred past memories awake again, and also brought back joy, remembering what we accomplished and how much fun we had doing so.

All places go through change and some changes are harder than others to swallow. There’s nothing wrong with vision, there’s nothing wrong with progress, and there’s nothing wrong with dreaming. We created a lofty goal for ourselves starting from the first practice…we were going to make it to the Little League World Series. We aimed much higher than I think anyone in the community, our coaches, or even our parents truly believed we’d achieve. Yet, we saw our goal turn to reality by the end of that summer. But in the process we never forgot who we were. We never forgot where we came from. We never tried to be something we weren’t. We weren’t trying to be Avon, Carmel, Fishers, Zionsville, or anyone else but who we were. We were Brownsburg Little League All-Stars, and that’s all that mattered.

The loss of baseball fields is not the key issue here. Of course I hate to see them go, but if it had to be done, so be it. The real issue is how it was done and that this entire “revitalization project” reeks of money. It’s repugnant with the fumes of phoniness – a town acting like a immature high school kid trying to fit in and be “cool” like all the other towns. My anger burns because it seems a select few want to sweep who we are as a town, where we came from, and all of our history under a rug, in order to start over, without any real feedback from the community.

This is the 21st century. A Town Board meeting is not the place to ask permission of the community to initiate drastic changes to a town. Few people have the time to put their busy life on hold in order to sit through a meeting where they feel little power to change anything anyways. But it’s much easier to enact controversial change without truly getting the opinion of the people. A board meeting gives them an excuse for their actions without fear of their decisions being challenged by the entire community. Conveniently, by the time word spreads and the true nature of what the change means reaches the masses, it’s already too late to stop it.

I hope to be proven wrong, but the only thing that seems clear from the vague diagrams and plans is money. Vision requires risk, but it also doesn’t jump out on a limb with nothing to catch it if it falls. Housing. More Housing. Development. More development…with no place to hold it all. It doesn’t take a genius to see that this town wasn’t built to be a major traffic center. State Road 267 is pushing its limits as it is. But more development means more revenue and tax dollars, which means more cash flow. So who cares about the long-term consequences…

Here’s a thought: How about we fix the current problems before we add more? How about we come up with real strategies and real solutions to deal with our current issues…like how the hell are you going to build this type of development in an area that is bumper to bumper traffic everyday as it is? How about we stop wasting tax payer money on things that are a complete waste of resources and are only for show? How about finding a good solution to where our children are going to play baseball before you tear down the field? Better yet, HOW ABOUT YOU HAVE A SOUND PLAN BEFORE YOU START CONSTRUCTION?

The town of Brownsburg vaguely even resembles the place I grew up. There have been some improvements, but at a high cost. Too often I’ve seen long-term consequences ignored for the sake of short-term gains. When you let the flood gates down and let anyone and everyone move in a town without first determining whether it is realistically capable of handling that capacity and growth, you have a serious flaw in leadership.

As of 2016, the U.S. Census Bureau cites that Brownsburg had 25,408 residents compared to 16,960 residents in Avon. Wow…and you wonder why we have traffic problems. US 36 is able to handle Avon’s numbers; 267 is not able to handle ours. And never will be. That is unless you knock down the entire town and rebuild it, which seems like what they’d have it mind given the opportunity.

Time and time again, you see lack of vision and lack of leadership. I have a hard time believing the people elected to serve us are this incompetent and lack any insight on future consequences. I sure hope so, because the only alternative is that they are knowingly putting aside our interests for money and more income from tax dollars.

I wish I was only sad to see a historical place in the town go, but I’m not. I’m angry and left with a bitter taste in my mouth. The Brownsburg Little League baseball diamonds are just another bead on a long string of decisions made by this town that all share a consistent theme – short-term gains for long-term pains.

Change must always precede progress. But change without respect and honor for principle and history isn’t progress.; it’s chaos. Without a firm foundation to build upon, change has nowhere to stand.