I Am Not A Victim – The Courage to Change 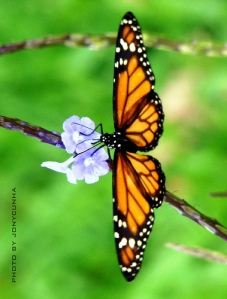 The hardest thing about fighting back against any mental illness, addiction, mental limitations, or physical limitations is that there is not a direct enemy that you can see, that you rebel and fight against. I read “Unbroken” by Lauren Hillenbrand a few weeks ago and was inspired by the story. But it wasn’t the time Louis Zamperini spent as a POW that moved me. Yes, it took a lot of courage and strength to endure the horrifying experiences that he went through, but it is much more inspiring to hear of his real triumph and that didn’t happen until the war was over. His real triumph was when he overcame himself.

Human beings are naturally pretty good at withstanding lots of pain and hardship as long as it is coming from “out there”. There is someone to hate, someone to curse and your motivation revolves around pride, knowing that you’re going to do whatever it takes so that the enemy doesn’t beat you. But what do you do when the enemy is inside you? What do you do when the person to hate, to curse, and to triumph over is yourself? It is this internal struggle that requires more strength and courage than fighting any enemy on the outside. Why? Because in order to win, you’ve got to defeat yourself and that’s a whole different ballgame.

You can fight an external enemy and stay relatively the same person on the inside. Sure, it takes hard work and strength, but you’re pulling motivation from the “self” that is inside you. You have to endure, but you don’t have to change. With internal struggles, the sense of “self” is in direct conflict. Your mind is against your body, your spirit is against your mind, etc. You have to destroy the part of you that is causing the conflict and that requires more than just a little change. It requires a deep, painful metamorphosis like a caterpillar changing into a butterfly.

My biggest enemy is self-pity. Throughout my struggles with addiction and mental illness, I have always been my greatest enemy. If I’m honest, I don’t want to change. I want to stay the same as I’ve always been and stay in the comfort of the familiar. And I think everyone does, but the majority of people are never forced to change. I am. I can either take that as a blessing or a curse. Instead of accepting that, many times I fight against it, fighting against something “out there” whether it’s fate, God, circumstances, etc,  asking “why me?”, “haven’t I been through enough?”, “can’t I just live normally for once?”, distracting myself from the real issue and the real enemy – me.

I want to pretend that I’m helpless, that everything isn’t my fault. And in many ways, it isn’t. I can’t change the fact that I can’t stop drinking once I start, I can’t control the fact that I have panic attacks and my mind doesn’t function the way it should, and I can’t change the days when I’m filled with apathy or plagued by depression. But I still have a choice. I chose to stay in my comfort zone, blaming external circumstances, unwilling to change, willing to blame and curse the hand I’ve been dealt. I fear emerging as a new butterfly, unrecognizable and unfamiliar. Fear keeps me in my cocoon. I want to go back to living as a caterpillar, where everything was easy and where the majority of society dwells. But I am not called to be a caterpillar. I am called to be a butterfly and until I stop fighting against the external and start killing the internal, I’m going to be one miserable human being. It is not my job to decide how or why things have happened to me the way they have. My job is to pick up the pieces and put them back together. I AM NOT A VICTIM. It sure as hell isn’t easy, but I still have the choice to endure, to change, or to wallow in self-pity. The choice is up to me.

Join 1,556 other followers
Follow Along the Barren Road on WordPress.com

Follow Along the Barren Road on WordPress.com
Join 1,556 other followers