Deep Poem About Depression and Feeling Empty, Nothing, and Alone 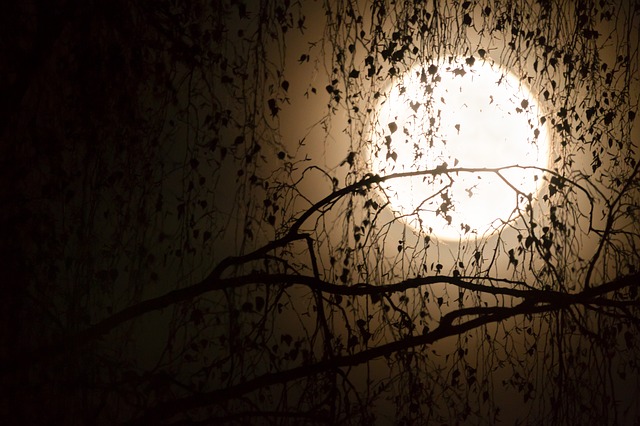 Desire eludes me like an admirable foe
in a game of hide-and-seek.
I know it’s somewhere close,
but always feels out of reach.

I call out and question this vast nothingness
that often settles in my soul,
but its mute tongue remains silent and never speaks.

I wander through the trees,
searching the ground for the inspirational feelings
that I lost somewhere along the way.
I track their footprints across past progress,
but lately find nothing to push me through the day.

Depression’s misunderstood bane is not sadness,
on display for all with sobs and sudden tears,
but the emptiness that keeps your heart hidden from yourself –
the absence of feeling when excitement speaks in your ears.

To stare at beauty and recognize it with the mind alone
breaks the gates between life and death.
The numbness tugs you towards the boundary
until you feel like a ghost, with no part of yourself left.

Desire, motivation, and inspiration –
they all snub me and leave me slumped in this chair
feeling half-dead and without the energy to get up into life.
Depression begins as a teardrop,
but ends as a restless phantom sucking at what’s left of your soul
in a seemingly endless cold, dark night.

For a great deal of my life I never thought I was depressed because I didn’t feel sad, I didn’t cry, wasn’t suicidal, or have suicidal thoughts. But I failed to see that I often didn’t feel happy, motivated, inspired, ambitious, or love either. Depression has become more accepted and recognized by people, but I believe that the general public accepts or only recognizes one side of depression – the side they can relate to.

Everyone has felt sad, lonely, “depressed”, or grief at some point. They can relate to depression in that way. Few people have felt emptiness or nothing at all for an extended period of time. At least when you feel sorrow, you feel something. A bad something is often better than nothing. Nothing feels not human. Nothing claws at the thing that makes you “you”, until you can’t find it anymore.

When someone is visibly crying and obviously distressed, it’s easy to get sympathy or at least provide real evidence why you can’t do something. Emptiness, however, can’t be seen. You still look the same. It doesn’t appear anything is wrong with you, but inside of you there is something cripplingly wrong.

How do you explain depression when you don’t really even know how to describe it? You may be labeled lazy by people who can’t understand, but you can feel lazy. Nothing is nothing. No desire. No motivation. No ambition. No feeling to do anything. Because feelings and emotions are one of the key elements that define us as humans, it’s too abstract for people that have never been clinically depressed to understand. It’s hard enough for us that deal with it to understand…

When you’re depressed, often there is NO desire. You don’t want to clean the kitchen and you don’t desire a clean house, even when you want to desire a clean house. You hate the temporary job and have no desire to show up, to make money, or the ambition to move up in a company, even though you want those desires. Humans do just about everything because of some desire, whether it’s directly or indirectly connected. The mundane work gets done because you have a greater desire for something else that requires it to be completed. People that are depressed often have no desire to do anything.

Being depressed is like trying to be in a relationship with someone that you don’t like, love, and find very unattractive. You try to will yourself to love them. You try over and over, but no matter what you do, you can’t force yourself to suddenly be attracted them them and love them. Sooner or later you hit a brick wall and give up because it’s draining you inside and nothing is changing despite all your attempts. Depression is like that, except life is your relationship and you want nothing to do with it, despite how much you want it to change. It makes you feel something other than being human and utterly alone.

I didn’t write this poem on depression to produce feelings of hopelessness or sadness. I think it’s important for those who suffer from mental illness to see other people’s struggles, so that they know that they are not alone. Mental illness isn’t fun and sometimes “trying to stay positive” is exhausting and self-defeating. That doesn’t mean that it isn’t a core part of getting better. But some days you just need to know that there is someone out there that is like you. That you’re not the only of your kind and can still relate to someone of the human race.

You may not ever be able to express what depression feels like or get others to understand. That’s not your fault or theirs. It’s just not possible because unless you’ve felt it, you can’t comprehend it. But you’re not alone, and there are thousands of people feeling just like you. That doesn’t change the fact that you’re depressed, but it does give you comfort knowing that you’re not the only one dealing with it. Hope only ceases when we decide we’re going to quit looking for it. Keep looking. Keep searching for a way out of your cold, dark night and back into the warmth of life.

My current collections of poetry, all available on Amazon, all written by me, Justin Farley. A Voice in the Wilderness is a chapbook of Christian Poetry, written about the joys, doubts, struggles, and sorrows of the Christian life. Nature’s Bounty is a collection of nature poetry celebrating my love for the outdoors. And Thorns of Love is the first book of three in a series of poems about love, this one being sad, breakup poems.

I write to reach the hearts of the searching, the suffering, the still fighting. I write to soothe my soul and hopefully to soothe yours too. I write to celebrate and attempt to put words to the beauty of life. Here are my published books on Amazon. More to come. A huge, humble thank you to anyone who supports my work.

Join 1,558 other followers
Follow Along the Barren Road on WordPress.com

Follow Along the Barren Road on WordPress.com
Join 1,558 other followers